This is Dietary Supplement.

Silicon Dioxide is FDA-approved component for safety use as food additive.

helps with symptoms of diarrhea

helps to cleance the gut 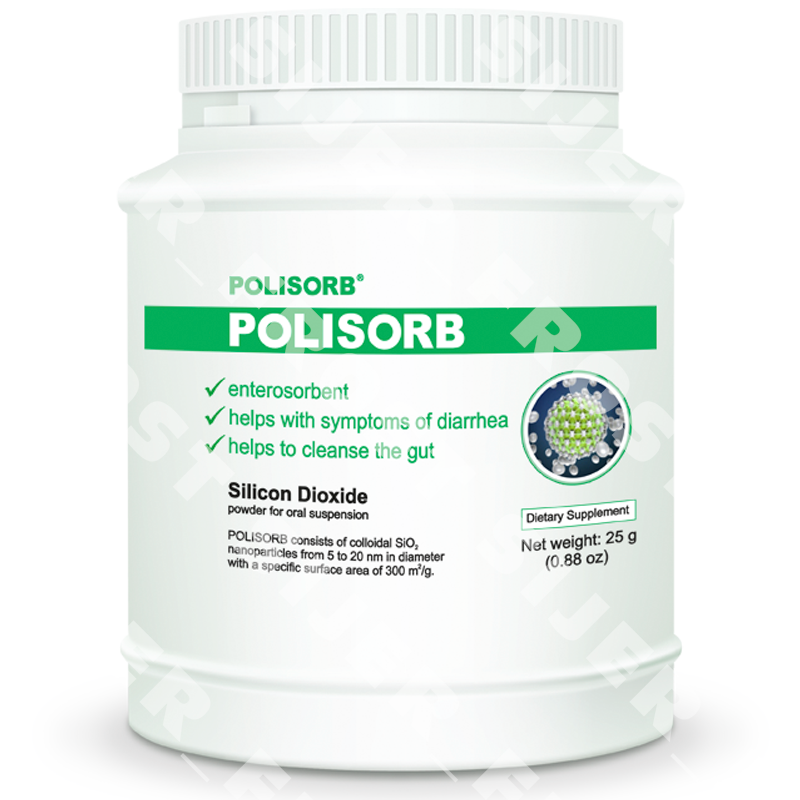 Especially a lot of trouble gives parents their children’s diarrhea. This disease occurs in children more often than adults, and it lasts much longer. Doctors attribute this to the fact that the child’s body is not accustomed to resist the aggression coming from the outside entering the toxins and allergens. Child’s immune system is not as powerful as an adult, and therefore the treatment of diarrhea, the body requires more time and effort. It should be noted that not every drug that can be used in the treatment of diarrhea adults will work in this situation with child. Although there are some universal devices, which have proven to be effective in combating diarrhea in patients of any age.

You can use Colloidal Silicon Dioxide for:

Take Colloidal Silicon Dioxide orally as a suspension in water.

To prepare a suspension, add the appropriate amount of Colloidal Silicon Dioxide to 100-150 ml water and stir. Always prepare the suspension freshly. Take the suspension 1 hour before or after meals.

The daily dosage should be taken in 3 portions throughout the day.

Manufacture dates as well as Expiration dates indicated on the package are in European format which is DD/MM/YY.

Storage:  keep at dry place with temerature under 30 ° C.

This is original product. It shipped in original package.

I send product that released for Russian distribution, so it contains text and inscription in Russian language.

Usually It takes 3~4 days (after payment) to send items.

My store on eBay

Go to my page

I’m introduce an Assisted Purchase Service: if you have trouble ordering online I can shop on your behalf. I’m able to purchase different products of Russian distribution from various online and some offline retailers.